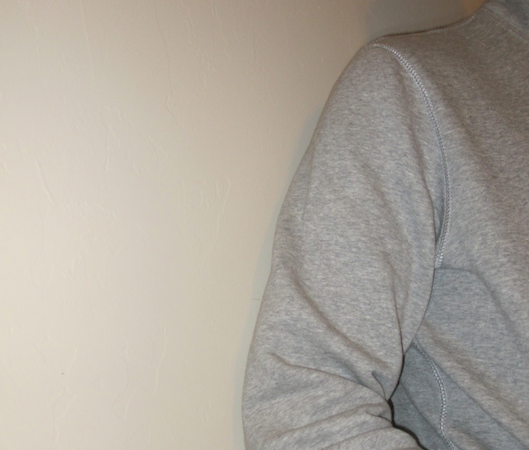 I love hoodies. They are extremely warm and comfortable. In fact, I am wearing one today. It’s overcast outside, with a high temperature in the mid-50s - perfect hoodie weather.

Will you indulge me in a simple thought exercise? Imagine that the young man in the above photo - the one wearing the hoodie - left from his father’s girlfriend’s house during halftime of the NBA All-Star game. He walked from that house, located in a gated community, to a local 7-11 convenience store. There he purchased an iced tea and a bag of Skittles.

The shooter claimed he was merely acting in self-defense. The police believed the story and made no arrest. There is no in-depth investigation. This, despite the fact that he pursued the young man against a 911 operator’s instructions - he confronted the young man - he was armed with a 9mm handgun while the young man was armed with iced tea and Skittles. The young victim was simply laid in the morgue for three days, his family unaware of what happened.

Imagine now, that it is almost one month later. No arrests have been made, the shooter retains his gun while the family still hasn’t been given their child’s cell phone, and local police show no indication that they care. Justice is unserved and parents are left to grieve. Do you feel sad for the victim - the young man in the hoodie?

Let me ask you a question. Is that a caucasian in the photo above, or is it an African-American? Does it matter? Would it change your perception of the story? Would your internal gauge of personal safety be swayed if you knew? Would your sadness be affected? Apparently if you live in Sanford, Florida, answers to the above questions are “yes”.

That is me in the above photo, wearing my new hoodie. I am white. I have never been confronted as suspicious while wearing it. I get to enjoy it in complete freedom. Sadly, many do not.

I learned this week that 17-year-old Trayvon Martin shared my affinity for hoodies. He was an African-American. Unfortunately, he will no longer enjoy hoodies on a cool day. He was shot and killed.

As I turn 28 years old today, I recognize that young Trayvon was robbed of the time that I have enjoyed beyond age 17 years and 22 days. In those 3,997 days, I have worn my comfy hoodie, bought plenty of soda and candy, and married my school sweetheart.

This story illustrates that our country still has a serious race issue. While we are busy patting ourselves on the back for the civil rights movement, minorities have been denied entrance at pools, confronted with nooses, dragged behind vehicles, and murdered for being a black wearing a hoodie.

Every time you wear a hoodie, I hope you will think of Trayvon Martin and the larger picture his story represents.