“I don’t have to take a nap anymore because I am five years old.”

This is what my son Campbell told me today when I asked what it felt like to turn five. That’s him—there is no time for a nap because he needs all of the hours in the day to fit in as many experiences as possible. He lives life big.

Campbell also feels big emotions and sometimes we butt heads. But that’s because I also feel big emotions. And we just want each other to understand. A lot of his emotion is rooted in a deep sense of compassion that he gifts the world, and along with it a very rigid understanding of right and wrong. He hurts when others hurt, and is a fierce defender of anyone or anything he believes has been wronged. That makes me proud.

He is also confident in himself and does not hide or change what he likes, even as he is beginning to see that some kids have abandoned their own in service to their parents' imposed ideas of, e.g., gender norms. He loves, loves, the color pink. It is an awesome color! And he loves Disney princesses and baby dolls. When he was barely two-years-old, we would visit the Discovery Gateway Children’s Museum in Salt Lake City and he would immediately find the dolls, put them in their bed, and cover them up. This year we visited the local animal shelter to adopt two cats. Campbell was immediately drawn to a small kitten (who he later named Porcupine) and demanded that we take her home. I asked later why he picked that particular kitten. He said, “She wanted out of there and I told her she was coming with me!” You see, he is a natural caregiver. That also makes me proud.

Despite another year dominated by the COVID-19 pandemic, Campbell was resilient and grew so much (more than 3 inches in the vertical and an untold amount as a human). He has been mastering the alphabet, embracing various art forms, listening to all kinds of music, and learning about history. His curiosity is at an all-time high. In fact, I have heard my name a record number of times this year. “Dad, who …”, or “Dad, what …” or “Dad, where …” or “Dad, when …” or “Dad, why …” or “Dad, how …”. Just when it feels tempting to lose patience, he slips in a standalone, “Dad”. I’ll respond, “Yes?”, and he’ll say “I love you.” And my heart melts and I am left amazed that this little part of me went from not existing to loving me despite all of my many faults in such a short time.

That time is swift and unrelenting. I wish it would slow down. I joke with Campbell that I will put a brick on his head to stop him from growing so that he has to stay small forever. As much as I am filled with a bittersweet feeling of loss for his baby and toddler years, I am equally excited to watch him develop into his own person—to discover who he is and explore his world. This past year, I have been fortunate to expose Campbell to the other parts of my life—namely my friends and colleagues. I wish that hadn’t taken so long, because in those moments when he connects with the people who also mean a lot to me, I feel like I finally understand what is important in life and what it means to live a life worth living.

Although I am charged with raising him and guiding him to adulthood, he doesn’t realize that he has been making me a better me. I hope he successfully refuses to accede to life’s unrelenting push towards cynicism and apathy and expectation. I hope he always keeps these beautiful parts of himself unchanged and unhidden. Because I hope to one day grow to be as good of a person as he is today. 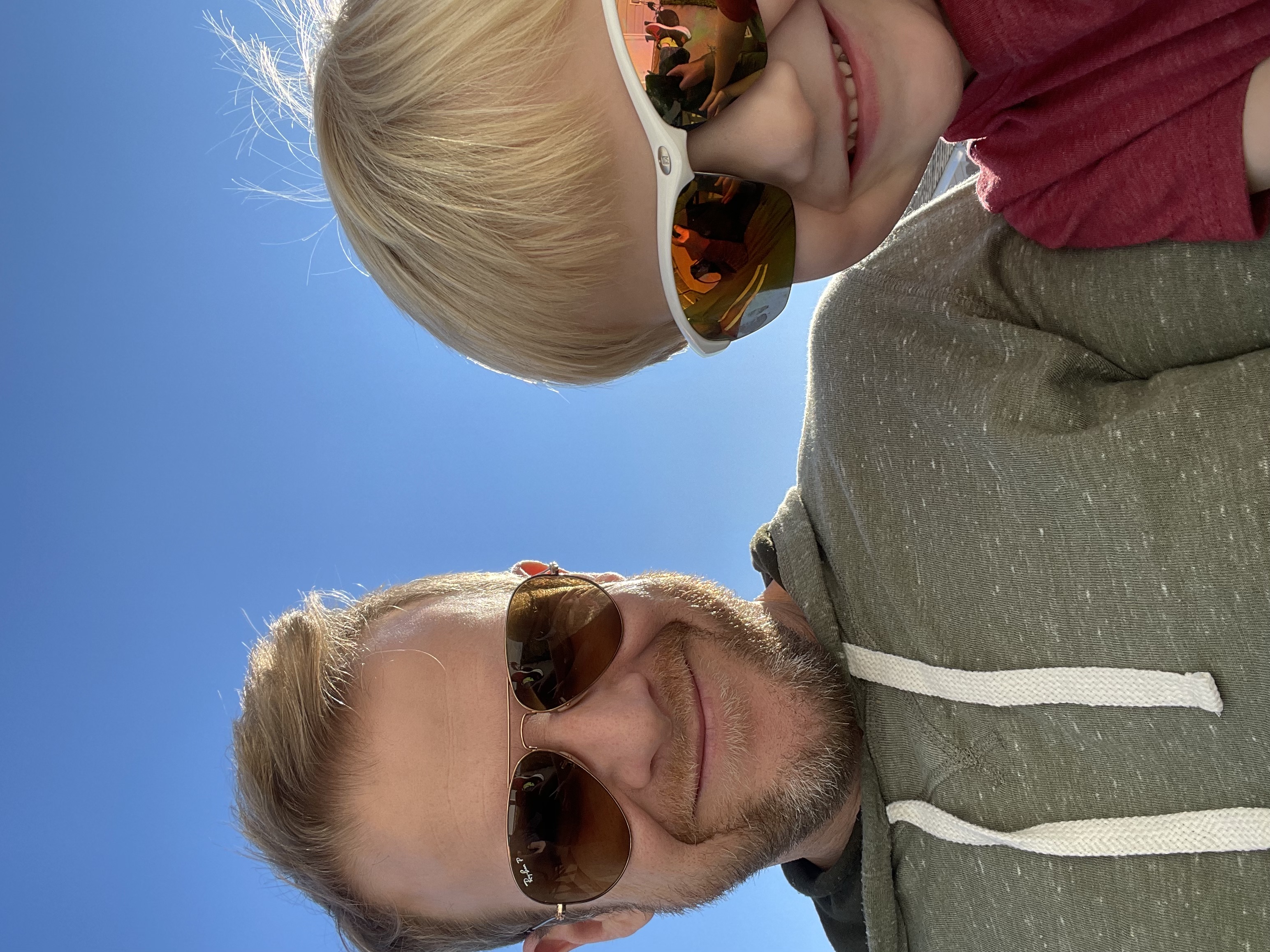