That was what my son Campbell had to say only hours after entering his fourth year on Earth. He was also sick, which put a damper on his big day. But that perfectly encapsulates my son. He injects this world with happiness and joy, even if things aren’t going his way. And I admire him for it.

Campbell came into my life on this day four years ago. He entered the world under trying circumstances. His heart rate was dropping and an emergency Cesarean section seemed likely. The apple doesn’t fall far from the tree because I entered the world under the same conditions. Thankfully, unlike me, Campbell decided to get out on his own terms. Soon enough he was making use of his lungs to say to all who would listen, “I am here!"—and here he has been everyday since.

This past year was a difficult one, in part due to COVID-19. Campbell had to adapt to a new world where the things he loved the most (see: restaurants, museums, and the zoo) were now off limits. But he did what he always does—he rolled with the punches and never lost his sense of kindness and happiness. Resilient. That’s Campbell.

For kids, birthdays are awesome days filled with presents and cake. For parents, they can be bittersweet. These special days cause reflection on the past year and those before it. The growth we see marks the passing of time. And it passes relentlessly. As Gretchen Rubin said, “the days are long, but the years are short”. It is easy to miss the incremental changes in a child on any given day, but those changes sum to a realization that their growth is real and that time has passed and we will never get it back. When we think about that time, we sometimes regret the days we took it for granted, and sometimes we cry or smile when remembering a special moment.

Campbell has grown so much this past year and he loves life. He understands rhyming. He is learning letters and how to write his name. He loves for me to read books to him. He loves Minnie Mouse and all things pink. He is obsessed with hippos and is always carrying around his large Fiona the Hippo stuffed animal. He really loves for me to carry him on my shoulders when we are hiking or playing. He is smaller than his brother was at this age, so I relish every opportunity to throw him up there because I know that one day he will decide he needs to do everything on his own two feet. He always looks for opportunities to ham it up, and his laugh is contagious. He is kind and empathetic—always thinking about how people or animals feel in a given situation. He will sometimes take a quick detour from the action at hand to give me a hug. I will often tell him, “I love you, buddy”, and he responds with a whisper, “Me, too.”

When President Joe Biden reflected on his time in the U.S. Senate and taking the train home to Delaware every night to see his children, he said, “But looking back on it, the truth be told, the real reason I went home every night was that I needed my children more than they needed me.” I suspect that is true for most parents. As I put Campbell up on my shoulders, he thinks I am carrying him. But he doesn’t know that he carries me. He makes me a better person. And I am so very glad that I know him.

As I dropped him off today, he said, “I love you, daddy.” 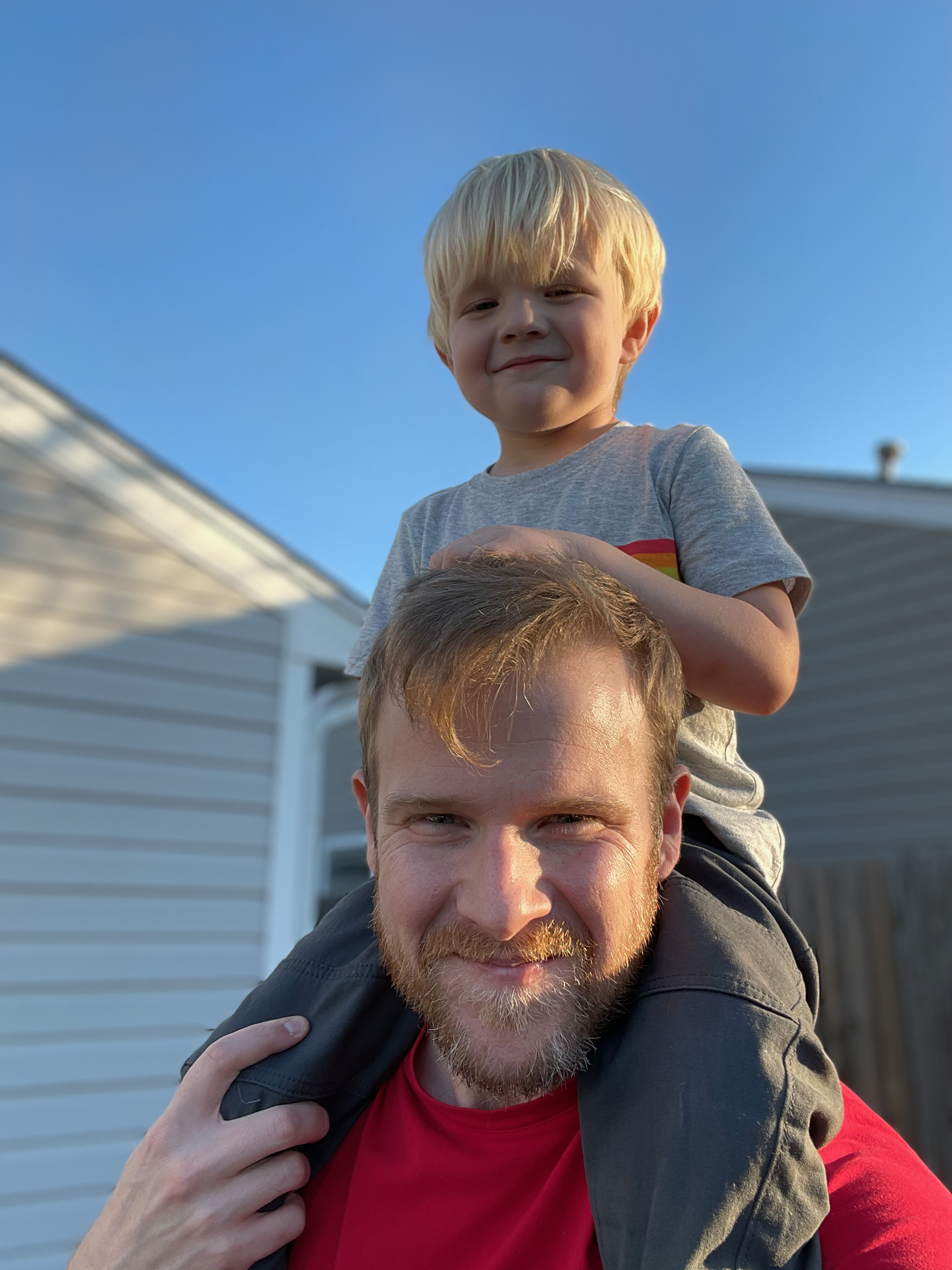